Since the Sapporo Grand Hotel opened in 1934, it has continued to grow and advance together
with Hokkaido and its citizens. This spirit of growth lives on
in the hotel and remains an integral element of the hotel's future.

Building CultureTo be a new wind in Sapporo to help shape Hokkaido's growth.

It was an age that called for Hokkaido's industrial development and the attraction of foreign tourists. On the suggestion of the Late His Highness Chichibunomiya which called for the construction of a "genuine Western style hotel in Sapporo", the Sapporo Grand Hotel was opened in 1934. The completion of this luxurious hotel was the talk of Japan, gracing the front page of the "Hokkai Times" with a headline that read, "Magnificent Inside and Out".

Drawing the expectations of over 200 thousand Sapporo citizens, the hotel itself was like a foreign country in Japan. The hotel featured a classic yet modern design in every corner including the sophisticated chandeliers, the western styled menus, modern wine glasses and even the western dress uniforms of the elevator girls. For the people of Sapporo at the time, it would be the first time they would actually see guide pamphlets and window displays graced with English text. From the day that the hotel opened, the Sapporo Grand Hotel played an important role in communicating the new trends and cultures to the people of Sapporo.

Creating RelationshipsIt's not just about the accommodations.

The Sapporo Grand Hotel was known as the "Northern Guesthouse" due to the fact that several of its guests were representative of Japan's political and business worlds. For the people of Sapporo, the hotel was a source of pride and superiority. However, it also made the hotel difficult to approach. In 1935, the hotel hosted a dinner party as well as a Sapporo hotel's first Christmas party for the citizens of Sapporo. The hotel also introduced reasonable prices for Western style dishes such as salmon steaks and apple pies, gradually changing its image to a more approachable hotel to the people of Sapporo.

For the Sapporo Grand Hotel, the guests staying at the hotel are just as important as the guests who used the hotel's restaurant and banquet rooms. Starting with the Showa Emperor and Empress, the hotel has accommodated numerous renowned VIPs including the Vienna Boys Choir, the New York Yankees, Helen Keller, and Duke Philip of Edinburgh.

As a first class hotel, the Sapporo Grand Hotel aspires to provide its guests with the best in both service and hospitality. 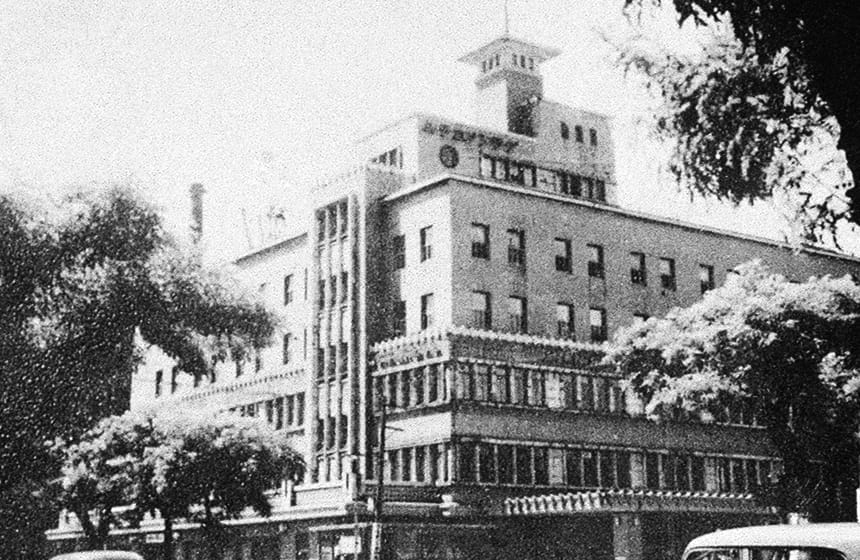 Every staff member of the hotel must be the best to provide top class service. They must precisely grasp the needs and trends of each guest, and continue to serve their requirements. Since the hotel's inception, our staff have adhered to a "hospitality first" policy which incorporates the fundamentals of always greeting guests with a smile and rapidly responding with politeness.

The meals we serve also represent our attempts to "satisfy the five senses" of a guest. Listed in the Sapporo Grand Hotel's establishment objectives book is the following phrase, "The dishes must use the rich food ingredients produced in Hokkaido, and must pleasantly surprise every visitor." Remaining true to these words, the hotel is committed to using Hokkaido produced foods and hires the best chefs to maintain the hotel's quality of flavors.

In 1936, the hotel held an "Autumn International Foods" event to create a menu of Hokkaido dishes prepared from various styles including Japanese, French, American and Russian cooking. The tradition continues and the Sapporo Grand Hotel offers its guests signature flavors that are uniquely Hokkaido and different from those of Tokyo or Kansai.

Opening the FutureA pioneering spirit that looks beyond the future 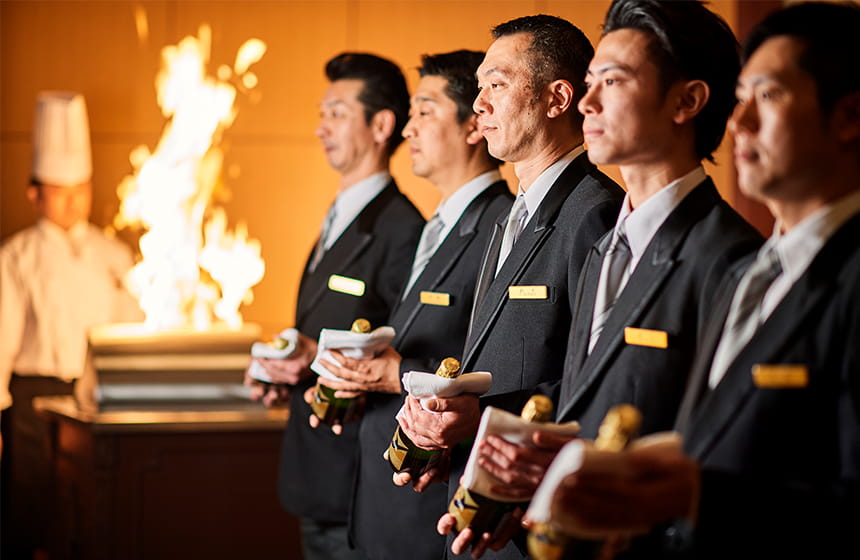 The Sapporo Grand Hotel continues to build its reputation as it adheres to tradition and formality. However, the hotel is not content with tradition. Instead it maintains the hospitality which has evolved over the years to better serve the guests of today. The hotel also remains proud of its Hokkaido and Sapporo roots and continues to develop its own new localism that differs from Tokyo as well as other countries around the world. It is the dream of this hotel to continue in its leadership role, maintaining its youthful freshness, originality and pioneering spirit.

"Long established but always new". That is the image that the Sapporo
Grand Hotel will continue to promote as a leading hotel in Hokkaido.